[Do you have an ancestor whose story you’d like to learn?  I am a professional genealogist with more than 20 years of experience.  Find out how I can help!]

My grandmother, Barbara, was nine years old the last time she saw her father.  On that day in 1943, she and her sister were walking to school when a car rolled up alongside them. In the driver’s seat was her father, accompanied by a woman she’d never seen.  “Barbara, Uncle Sam is calling me,” he said, “will you come with me?”

What a question!  Since their parents’ divorce, Barbara and her sister had been living with their grandparents on a quiet farm.  Suddenly she was being asked to leave all that she knew for travel down an uncertain road.

Her sister ran into the school as the teacher who stood in the doorway looked quizzically at Barbara.

“I’m going to stay here,” Barbara said after a long pause.  With those fateful words spoken, she watched the car carrying her father and the woman she had never met pull away.  Its wheels carried them toward the horizon and disappeared.

“I never saw my father after that,” said Barbara.  “I’ve always wondered what happened to him.”

It was now 1999, and as I sat across the kitchen table listening to Barbara tell her story, I could only imagine what questions must have haunted her during the 56 years since that day.

Where had he gone?….
Why didn’t he ever come back?….
Was he even alive?….
Should she have said yes?

I agreed to track down answers to as many of these questions as I could for her.  Fortunately, Barbara knew some details about her father that could get me started on the road to discovery:

Austin S. Carter in his uniform

Austin Sinclair Carter was born on 16 July 1913 in Omar near Clayton, Jefferson County, New York.  It was a rural farming community, only a few miles from the mighty St. Lawrence River and the Canadian border, in the Thousand Islands region where life on a boat came as naturally to the locals as walking on land.

He was the son of Floyd Lewis Carter, a boat builder, and Ada Blanche Diepolder, who had once proclaimed herself the prettiest woman on the river(!).

Austin had helped build the famous Thousand Islands International Bridge that opened in 1938, connecting the mainland U.S. with Ontario, Canada.  He had also served in the Army Air Force during World War II.

This was all great information, but none of it gave me a place to start looking for Austin after the war, and there were no other relatives or acquaintances of his around for me to ask.

Then Barbara pulled out the one crucial clue she had—her grandmother’s obituary.

Obituaries are a valuable genealogical resource because they usually contain biographical information about a subject, including interests and occupations, places of residence, military service, organizational memberships and pointers to surviving relatives.  Usually this information is reliable because it has been provided by an immediate relative or close friend who was in a position to know.  Still, it’s always wise to verify the information found in an obituary, since the stress surrounding a death can muddle a person’s recollections under a reporter’s questioning, and reporters themselves can make mistakes when trying to assemble answers into an accurate record of unfamiliar names and relationships for publication, especially in the rush to meet a deadline.  Sometimes a person or reporter may even alter or omit the deceased’s affiliations, partners, children and other significant relationships intentionally.

Austin’s mother had died on 8 May 1974 and her obituary, published in the Watertown Daily Times, indeed contained a list of survivors:

“Besides her daughter, Mrs. Carter is survived by a son, Austin, of Washington State.”

Eureka!  I now knew that after leaving New York in the 1940’s, Austin had somehow found his way to Washington State.  Yet decades had passed since then.  Would he still be there?  My next task would be to pick up his trail in Washington records.

I first considered which sources would be most likely to contain a record of Austin.  Census records would not help, since none were available for the time period in question due to privacy laws.  Searching in city directories would be like finding a needle in a haystack, since I did not yet know where in Washington Austin had settled down.  Given that Austin would be in his late 80’s by this time, I knew there was a good chance he was no longer alive.  With this in mind, I turned to the Social Security Death Index to narrow my search.

The Social Security Death Index (SSDI) is an essential tool for researching recent Americans.  This searchable online database contains a record for each person who has died since 1936, was given a social security number and whose death was reported to the Social Security Administration.  Each index record contains important genealogical data, including:

Among other things, a genealogist can use an entry in the SSDI to obtain (with an immediate family member’s written consent) a copy of the original application for the deceased person’s Social Security card, which can contain even more valuable information, such as the person’s birthplace and parents’ full names, including mother’s maiden name.

My search of the SSDI turned up one record for an Austin Carter residing in Washington:

The name, date and place of birth and state and time of residence were all exact matches.  Here was Barbara’s father.

I was pleased that I had finally found him after all these years, but the record was bittersweet confirmation that he had been dead for a long time.

Yet this was not the end of my investigation.  I wanted to be able to tell Barbara what her father’s life had been like after he left her and her sister in New York so long ago.  To do that, I once again turned to an obituary search.

From the SSDI entry, I knew that Austin had probably died in Chelan.  I performed an online query to discover which newspapers served that community in 1975 and quickly zeroed in on The Wenatchee World, which was still in operation.  A clerk at the newspaper’s offices directed me to a local library that kept copies of old obituaries in their genealogy collection.  One phone call to the library and a few days later I had Austin’s obituary in my hands.  Published on 27 January 1975, it read:

He was born July 16, 1913 in Clayton, New York.  He spent his early life there.  During World War II he served in the Army Air Force.  Following his discharge he moved to Chelan in 1946.  For two years he was employed with the Lake Chelan Boat Company.  From 1948 until 1950 he was employed with Howe-Sound Mining Co. at Holden.  Since 1950 he has been self employed as a carpenter.

Surviving are his wife Betty at home; one daughter, Mrs. Bob Woods of Winkleman, Ariz.; two sons, John of WInkleman, Ariz., and Tommy Randolph of Cashmere.”

I could now tell Barbara that after the war her father had settled in a place much like where he grew up that allowed him to make a living from work on the water.  He had also continued to be a builder—in fact, further research uncovered that he was awarded a patent for a “foldable boat.”

I could tell her that the reason he hadn’t come home was because he had settled down with a new wife and children (later research would show them to be hers from a prior marriage).

Finally, whatever his reasons were for not contacting the daughters he’d left behind during his lifetime, Barbara could now know that his silence during the previous 24 years had not been a lost opportunity to reconnect, but rather was the byproduct of his death.

The mystery of Austin’s fate was solved and Barbara’s questions were finally answered.

This story proves the power of genealogical research to bring meaningful closure to a person’s lifelong and most deeply held questions.  It also illustrates the value an experienced genealogist provides in choosing the right tools and resources for the time period, location and question at hand to help solve a mystery.

Is there a mystery in your family waiting to be solved? Read more about my professional genealogy research service to find out how we can discover answers together! 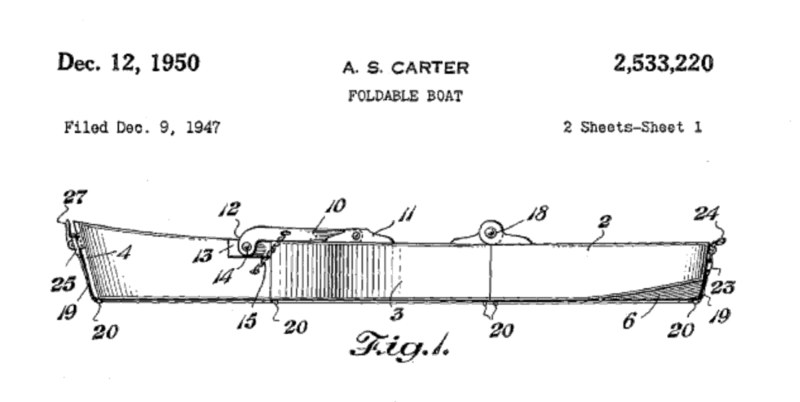