Welcome!  Do you have a lighthouse keeper in your family tree? Do you want to know more about a favorite lighthouse? 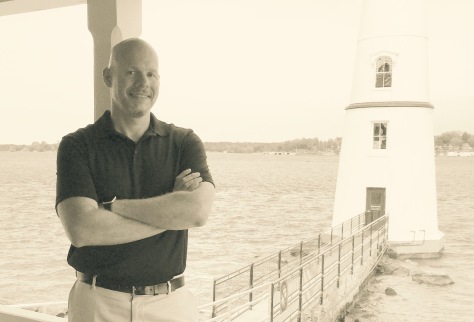 I have 20 years of experience researching the lives of these heroic public servants and the places they worked, including:

Please contact me to find out how I can help you with your lighthouse project!

My interest in researching lighthouses was inspired by the life of my great-great-great-grandfather, Michael J. Diepolder, who served as Keeper of Rock Island Lighthouse in the St. Lawrence River, at Fisher’s Landing, New York, from 1886 until his death there in 1901.

In the course of my research about him and other Keepers at Rock Island, I gained detailed familiarity and expertise using federal government records that are the foundation of research for all U.S. lighthouses. Combined with my genealogical research expertise, I also developed effective strategies for finding and searching lesser-known and overlooked resources to fill in the story of a Keeper or station. As a result, I’ve been able to help clients eager to learn about their own lighthouse past.

In 2000, I started the Rock Island Lighthouse Historical & Memorial Association, to document the history of the station and the lives of all 14 Keepers and their families who lived and worked there, earning a citation of merit from the New York State Assembly in 2013.

In 2006, I supplied the facts and photos used by New York State to create the first-ever interpretive signage around the island, including a comprehensive list of Keepers and a visual timeline of structural changes to the lighthouse.

In 2013, I was invited to speak at the grand re-opening and ribbon-cutting for the restored lighthouse as a state park.  My biographical research about the Keepers and historical research about the station structures was used throughout the permanent exhibits, helping to earn a New York State Historic Preservation Project Achievement Award.

In August 2015, I presented to day visitors at the lighthouse about the lives of its Keepers, and I was interviewed at the station for a promotional video by New York State Office of Parks, Recreation & Historic Preservation commemorating the 50th anniversary of the National Historic Preservation Act, released in May 2016 (watch below and read about the making of the video on my blog!)

My work at Rock Island has been published in Thousand Islands Life magazine, The Beacon, and featured in Lighthouse Digest and the Watertown Daily Times.

I am the author of the upcoming book The Story of Rock Island Lighthouse.

I look forward to helping you research your lighthouse past!